Rootkit and Bootkit Detection and Removal

Malware comes in many forms, all of them bad. Some of the worst among them are rootkits and bootkits. Rootkits can lie hidden on computers, remaining undetected by antivirus software. Although new rootkits can be prevented from infecting the system, any rootkits present before your antivirus was installed may never be revealed.

It helps to understand what these concepts mean for users. ‘Rootkit’ comes from the concept of root-level privileges on a device – administrator level, privileged access. If malware has that kind of control, everything is up for grabs. Rootkits are designed to grant the bad guys access they otherwise would not be allowed. Bootkits are an advanced form of rootkit. They go even further, seeking to infect the master boot record or volume boot record, so it can act even before the loading of the machine’s operating system.

Rootkits are particularly hard to find once they’re on your system. The whole point of rootkits is to hide malware, after all. First and foremost, a powerful, next-gen antivirus tool is a must-have. But there are other, more proactive steps you as the user can take to keep yourself safe.

The advanced AI in Sophos Home Premium spots when software is acting strangely – exactly the sort of suspicious behavior rootkits may cause. It blocks malicious software, even previously unseen malware, automatically to keep you safe.

Stop Rootkits and Bootkits with:

Award-Winning Malware Removal
With Sophos, you can now have at home the same powerful protection against rootkits and bootkits that secures over 300 million corporate devices worldwide.
Windows and Mac Protection
Mac users used to think they were immune to viruses. Not anymore. Macs are also susceptible to malware like rootkits. Secure all your home computers with security you can trust.
Small File Size
After the thorough initial scan and removal process is completed, Sophos Home sticks around to keep you safe. But it takes up so little space, it’s barely there. All that protection in a tiny package.
Anywhere Access
Are you your entire family’s default IT person? With Sophos Home, secure your parents’ computers remotely before they open a scam email or fall victim to a rootkit attack.
On-Demand Scanning
Run a scan and remove hidden malware like rootkits and bootkits that don’t show with the default scans included with your computer. Got a bad feeling you might be infected? Let Sophos take a look.
Web and Social Media Blockers
With Sophos Home, it’s easy to choose and block categories per device, minimizing security holes left open on your home network. 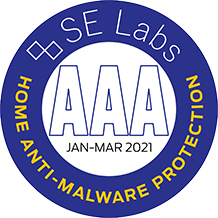